An article published by Nguoi Lao Dong on August 16th portrays the unfortunate case of a woman falling 10 meters while using a swing cable to cross a river. 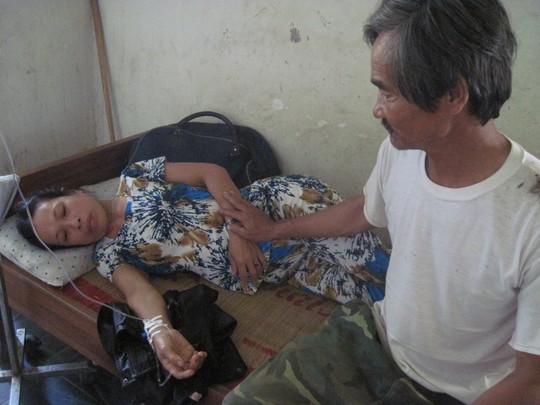 Nguyen Thi Tho (shown unconscious above)was discovered by locals in the area she fell an hour after the accident on the 15th August, with several injuries to her body including her neck, back and shoulders.

Fortunately, after being transported to the emergency ward of the General Hospital in Krong Bong district, DakLak province, she has gradually recovered. 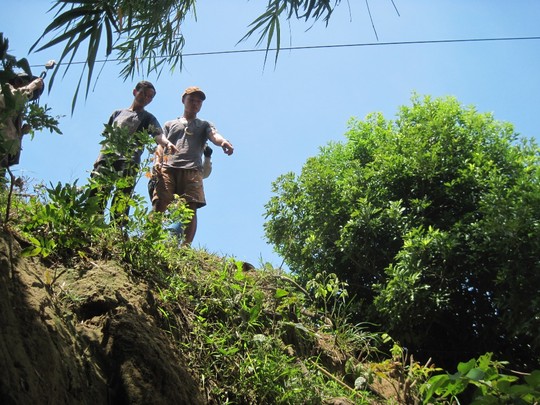 The cause of this accident was due to the pulley wheels running on the cable malfunctioning whilst Tho was ‘swinging’ across Krong Ana River.  The resulting sudden stop caused Tho to plunge into the river edge.

Later at hospital, her husband Mr Chua stated “that despite her sustained injuries, Tho was very lucky to be discovered as a longer period on the river’s edge would surely have seen her swept away” . 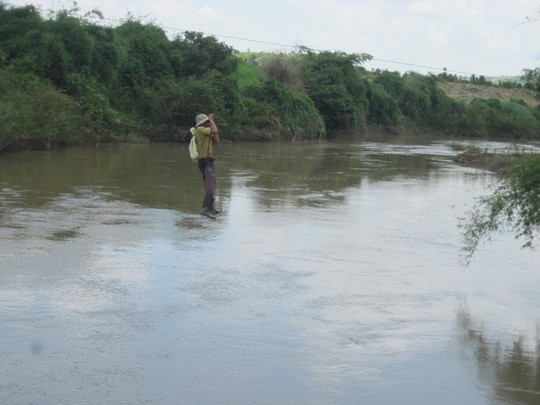 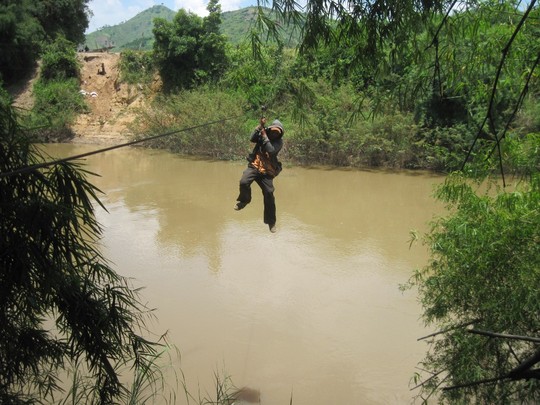